Golden Axe was the first beat’em up game that I ever remember playing. I was six or seven at my babysitters house for the weekend. My brother and I played this game with our sitter and made it to the last level but ended up getting slain by Death Adder (side note – Death Adders are actually the nickname of one of the most venomous snakes in the world)! 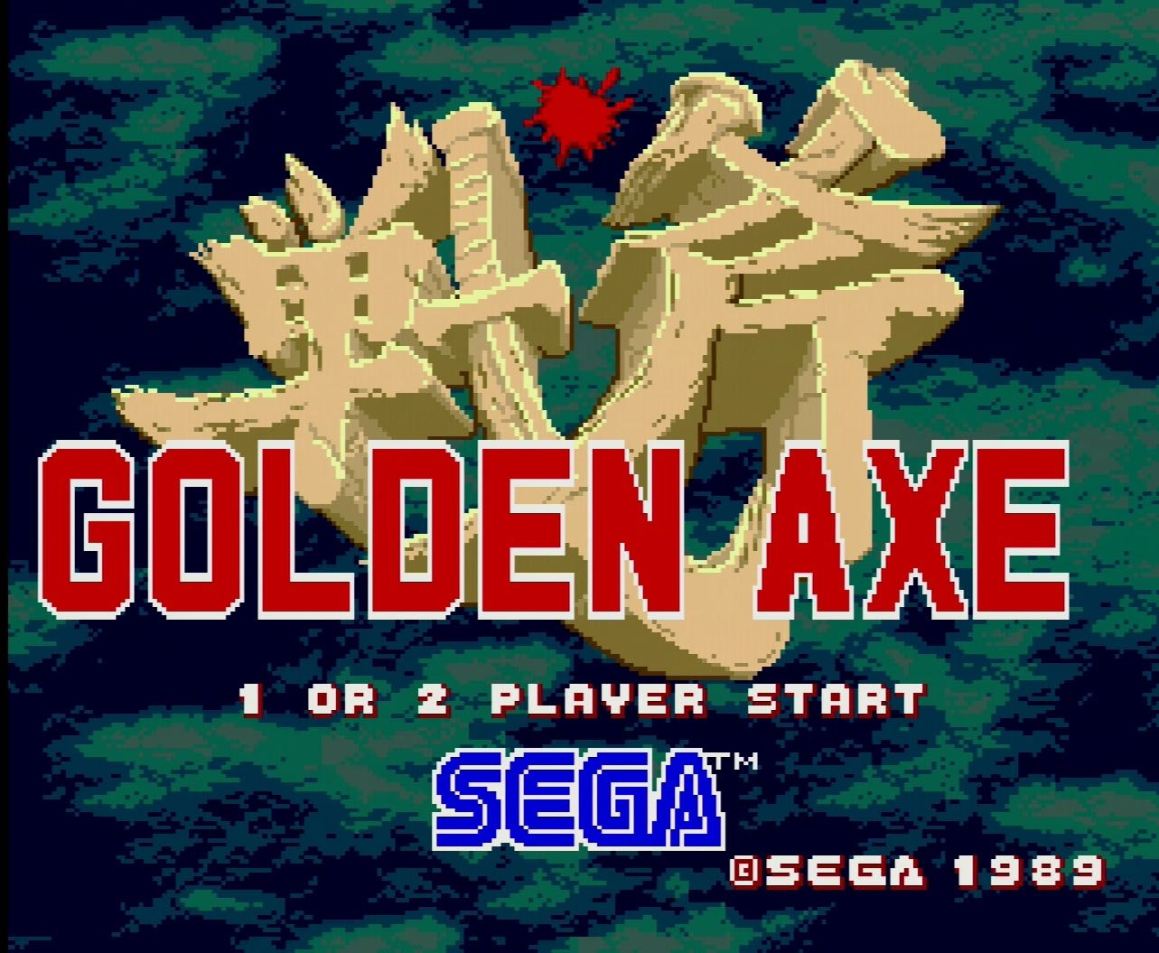 Anyhow, this game is about as stereotypical as it gets for fantasy beatemup games – which is not a bad thing! You start off by choosing from one of three scantily clad heroes and starting your adventure to revenge your family by killing Death Adder.

Gameplay is simple. You (and your teammate if you play 2-player) must destroy your enemies by slashing, jumping, and using magic. You can also do dash attacks and cool dodge moves which look pretty cool. Enemies are fairly generic including armoured grunt enemies, skeletons, and giant asian sumo wrestlers with giant hammers (who like laughing at your failures). The game is not terribly difficult and I usually make it to the last boss (but I have never actually beat him!)

There are 4 or 5 levels, each of them of fair length and of increasing difficulty. They take you from the outskirts of a Turtle Village all the way to Adder’s castle, and deep into his dungeons (see the map below). There was one level that was extremely weird with a giant eagle head on it – felt a bit out of place but was cool nonetheless.

One of the most enjoyable aspects of this game is battering the little gnomes who attempt to steal your magic pots. During each level (and upon completing them) you can whack them for some magic and health power ups! It is extremely gratifying – highly recommended!

Graphically, this game looks very much like an early Genesis game – everything looks very generic including the enemies and main characters, and levels look bland an uninteresting…but they get the job done, because this game is about the gameplay! There are a few cool magic spells which is about as graphically intense as the game gets. The soundtrack of the game is pretty dark (especially on the title screen) and does an appropriate job of setting the mood.

Overall Golden Axe is a simply, bland, but solid beat’s up game that – for me – has a lot of nostalgic factor. If you are okay with simplistic graphics, grab a buddy and give this one a shot! For nostalgic reasons I give this game a 7/10, but for everyone who never played this as a kid – I would give it a 6/10. It is defiantly playable – but I like the second one more!