Star Wars – nothing beats it! I remember when the GameCube first came out, this was the first game I picked up! And to this day, I still think it is the best Star Wars game ever released!

In Rogue Squadron 2, you take control of Luke and Wedge through some of the films major starship battles (starting off with the first death star battle) and progress to more missions new to the star wars universe. The missions also attempt to explain some of the backstory of certain parts of the movies which I really enjoyed, like how in Return of the Jedi, the Rebels gain control of an imperial ship to sneak onto the moon of Endor.

Gameplay is really tight. You take control of various Rebel Alliance ships including X-Wings, A-Wings, B-Wings, among others (and a few secret ones!), each of which has its own unique feel and special weapons. They all feel great to fly and respond well to the gamecube controller.

As you progress through the game, more ships become unlocked and older missions can be replayed with different ships. Each mission also has hidden upgrades in it to further develop your ships, so for instance, you can change your X-Wing missiles to heading seeking! This really extends the replay value of the game by encouraging you to explore each level to its fullest. 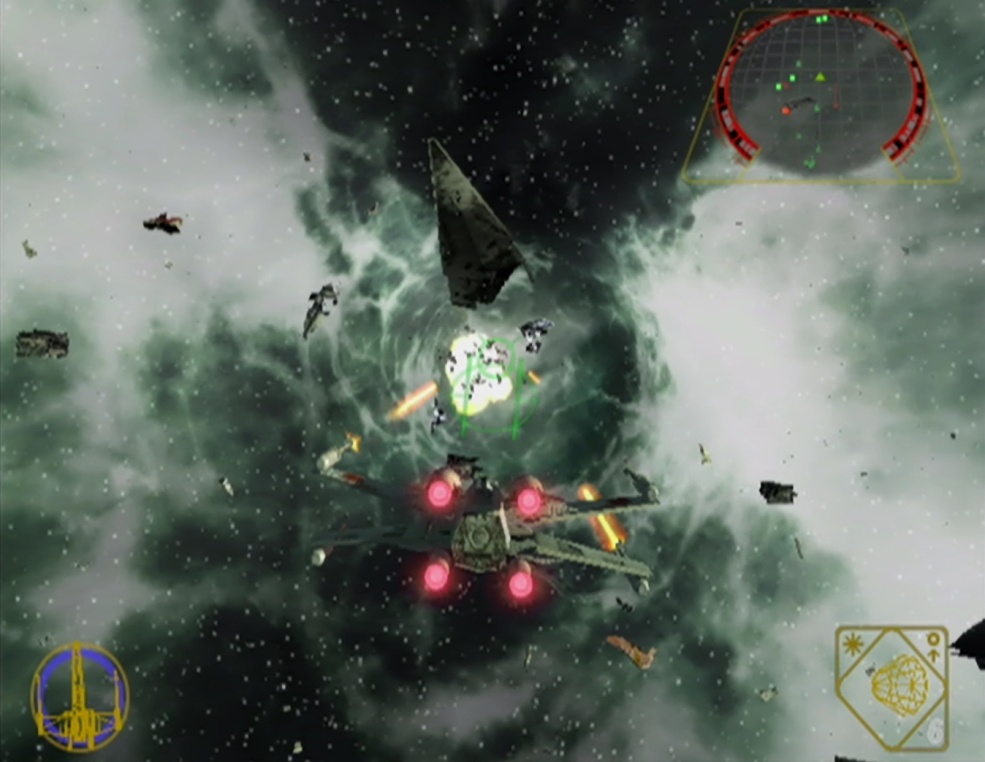 Graphics are some of the best found on the GameCube – and this was a launch title! In terms of sound, it is extremely satisfying hearing the Star Wars music sprinkled throughout, and shooting blasters and blowing up tie fighters never sounded so good! Overall, this is an amazing game that captures the magic of Star Wars, the fun of awesome arcade shooters, and the lasting appeal of a timeless classic. I give this game a final score of 9/10.