When I first played Mario Land 2, I thought it was the Game Boy version of Super Mario World for the SNES. There was a similar overworld map, mario was big and easy to see, and you could do the downward spiral jump to crush bricks! Having recently completed this game, it most certainly is not a Game Boy version of Super Mario World – it’s its own unique beast – for better and for worse.

The story is as simple as usual for Mario games – but introduces a new member to the team -WARIO! As the story goes, Wario has placed a magical curse on Marios’ castle, effectivety blocking Mario from entering and allowing Wario to rule. This does not sit well with Mario so he goes on an advenure to collect the 6 golden coins in order to break the curse and kick Wario out of his castle for good!

In terms of game progression, this game takes a unique approach in the once the first level is completed, Mario is left on the world map to decide which of the six worlds he wants to complete first. After each of the 6 worlds are completed, he gains a golden coin, and once all golden coints are collected, the final castle can be unlocked! The six worlds themselves are very unique for a Mario game, which is something I really enjoyed. You get swollowed by a whale, explore an oversized house, and even take a trip to outer space! No other mario games (apart from Mario galaxy) really take Mario to such unique worlds. 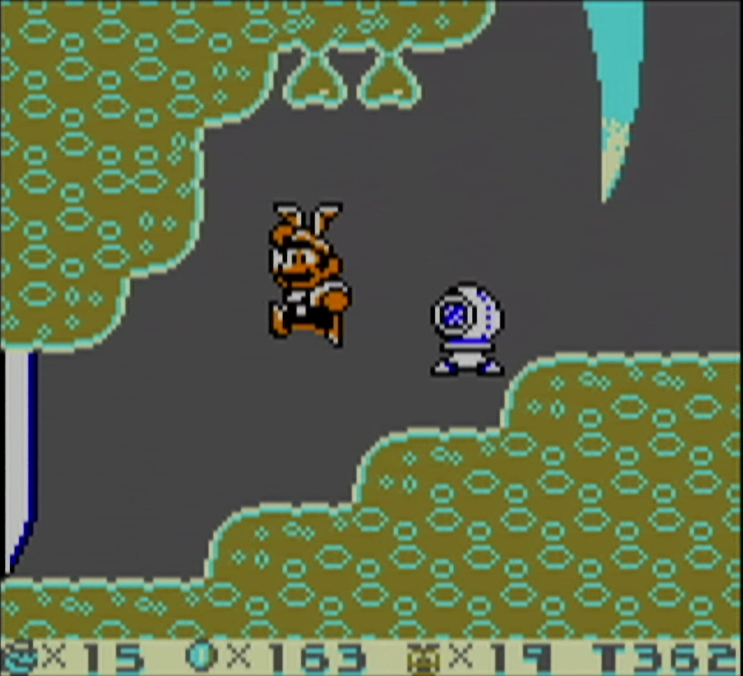 In terms of gameplay, Mario runs and jumps though levels as usual. I felt his jump was a bit more floaty than I liked though. Powerups such as Fire Power and Star are still present, and a new power – the rabit ears – are introduced. This powerup allows Mario to glide slowly down with rapid press of the A button. It’s fun to use, but nothing groundbreaking. While most Mario games have Mario collecting 100 coins to gain a free life, this game takes it in a unique direction by allowing Mario to collect tons of coins (up to 999 coins) and using them to play minigames to earn lives and other powerups instead. As lives are a bit more tricky to gain in this one, it made exploring the levels more rewarding. 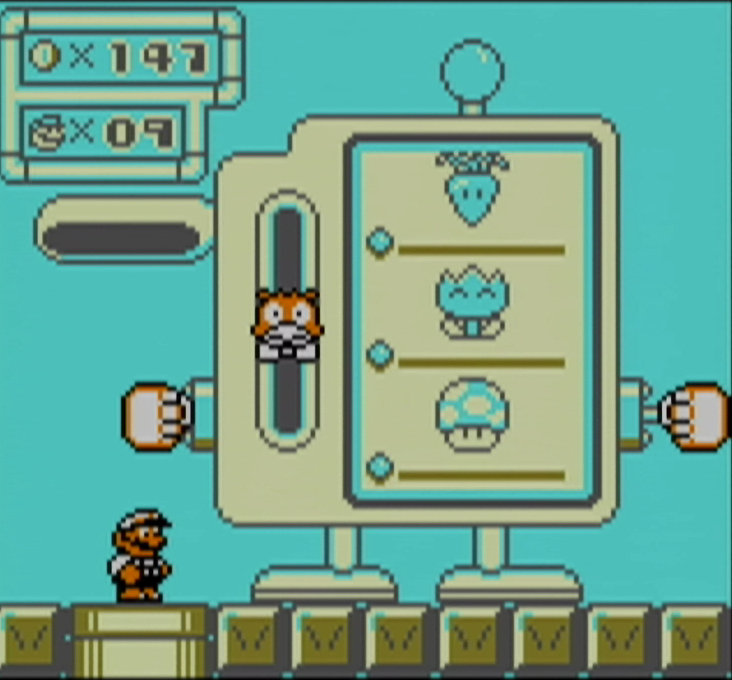 The game also takes a unique play on how game overs are handled. When you loose all your lives, the 6 golden coins return to the bosses, so you must defeat them all again in order to gain access to Mario’s captured castle. In terms of the graphics – they look great! Characters have lots of detail and are huge, and the levels themselves really come close to capturing the essence of the super nintendo version. While the game looks great, it is also the cause of its greatest weakness – the limiting amount of visual space on the screen. I have died numerous times because I was jumping high and unable to see where I would land, and then end up landing in a pit or on some environmental disaster. This was never an issue in the first Mario Land on gameboy because Mario was so small and the whole level was visualized. Not that I would want this game to mimic that style, but I guess I would have wanted more of a happy medium so that I had a better idea of where I was sending Mario when I was jumping.

In terms of the sound and music, no tunes jumped out at me, but it was also never really annoying or in the way, so it did what it had to do. Overall, this is a great portable Mario adventure.  While it has some limitations with screen size and associated gameplay mechanics, it still feels like a polished Mario game and is probably one of the best on platform games on the Game Boy. I give this game an 8/10.