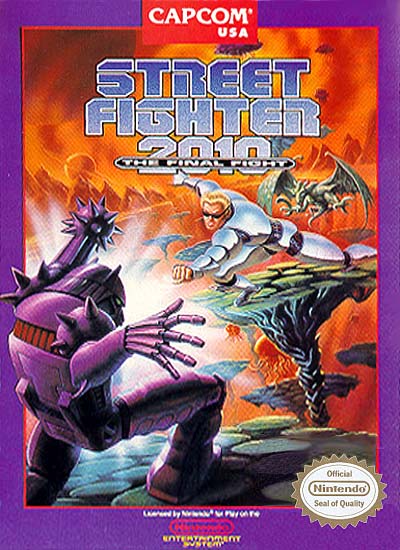 Street Fighter – what an amazing series! It really kicked off the competitive fighting game craze in the 90’s – but what is Street Fighter 2010: The Final Fight? It’s a sequel of sorts to the original game that stars Ken and it takes place in the future when he is a cyborg. It’s actually an action platform game and better than I think a lot of people think it is. 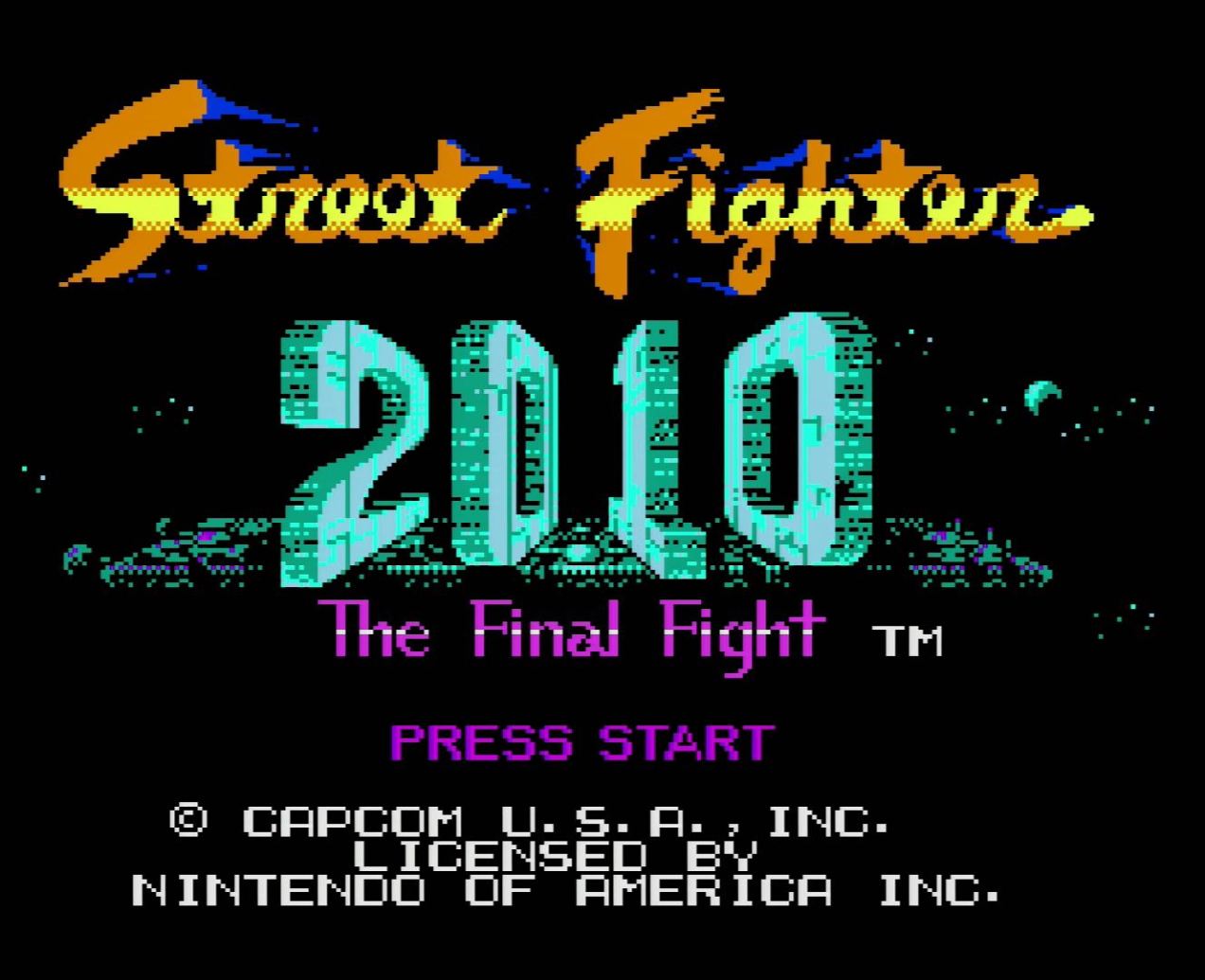 The story is quite convoluted and strange but is as follows: Its been 25 years since Ken was king of the Street Fighter Circuit. Ken’s partner Troy is killed by someone who broke into their lab and stole their technology (a new type of slime).  In small quantities, the slime can help people, but in large quantities can make people (or aliens) violent and powerful! The murderer escapes into the frontier (a bunch of intergalactic planets that can be travelled to through warps). To track down the murderer and stop him, Ken installs himself with bionics and heads into the Frontier to extract revenge! How weird of a story is that?!?! 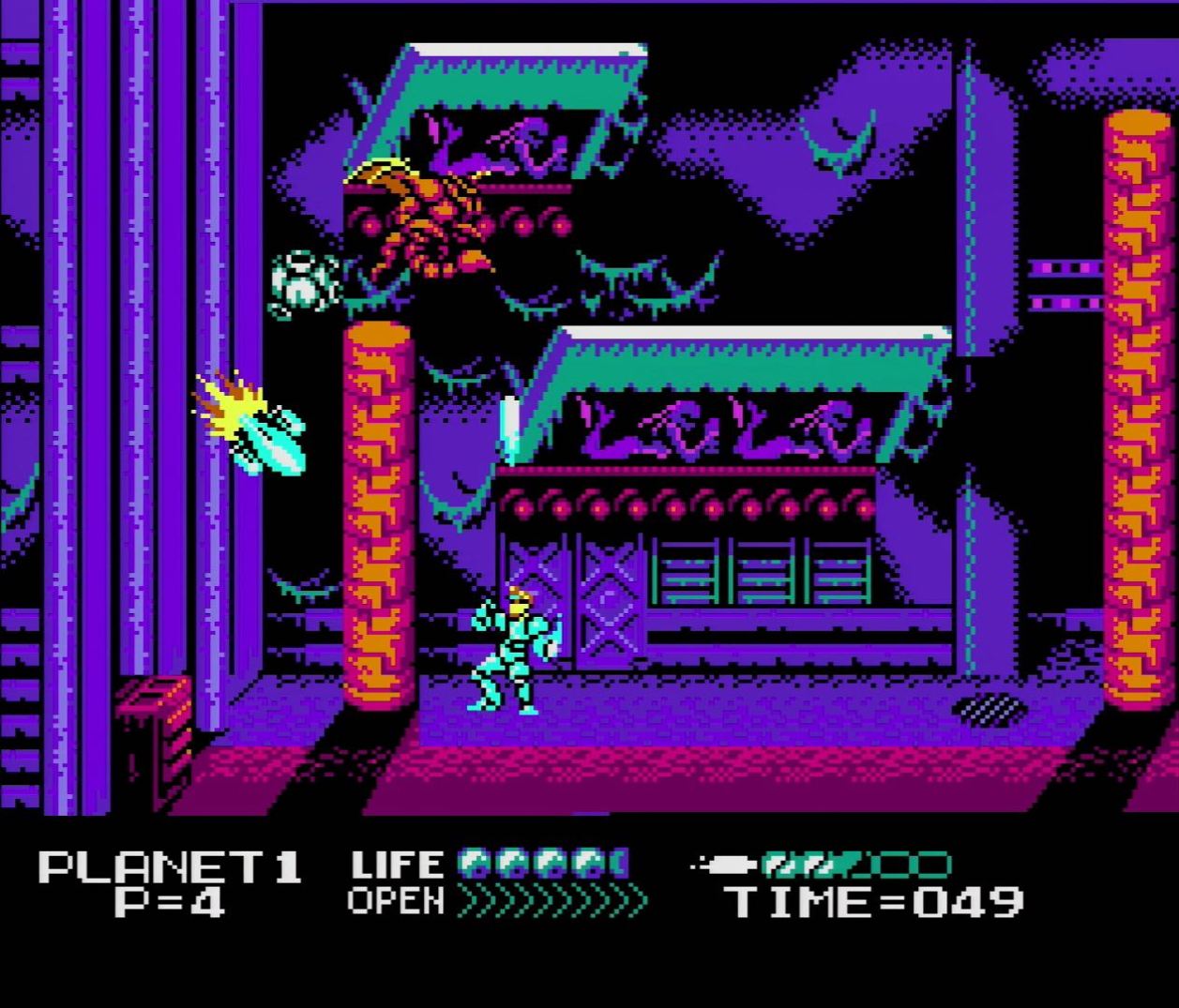 The game is composed of a bunch of different levels which vary in style. but all have one thing in common – there is a boss to each stage. The first two stages are like arena fights where you fight a mechanical gargoyle and a big purple guy respectively (see above). Each boss has their own pattern and are quite difficult which actually made this game quite fun to play and master.  Once the boss is defeated, a warp opens up which brings you to the next stage. 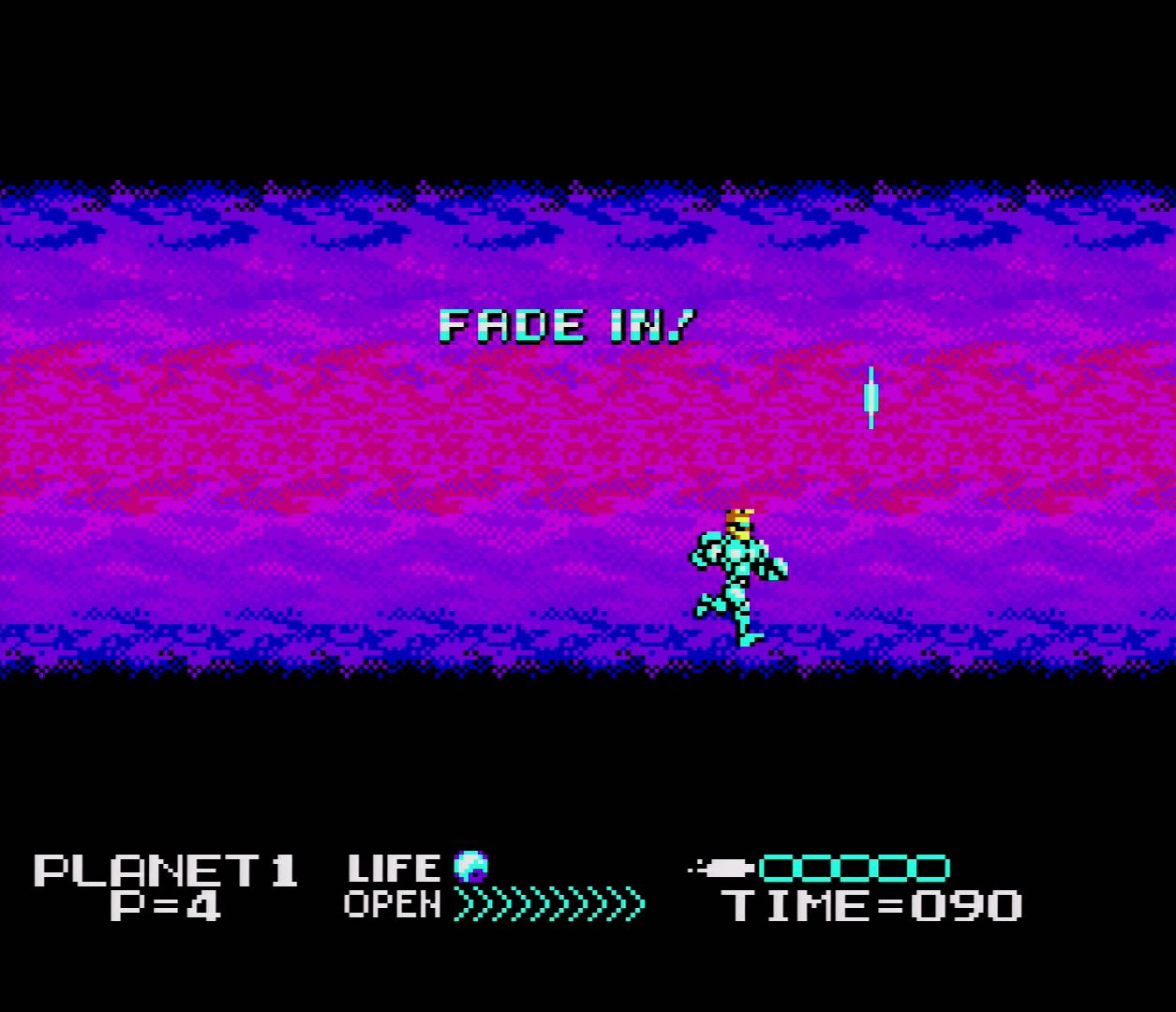 Usually stages have power ups littered around (like in Stage 1) which dramatically help in making the game easier – but the issue is that each level is timed so you need to kill the boss before the limit runs out and if you spend too much time collecting power ups and don’t defeat him, you loose! Some stages don’t have any power ups (like stage 2) which actually makes those stages VERY difficult – in fact I never got past Stage 2 as a kid. This brings up my biggest complaint about the game – the levels are uneven in difficulty, which likely could have been fixed with occasional power ups in levels without them. With my adult gaming wisdom I was finally able to defeat Stage 2 by learning the boss pattern and went where no man had gone before – Stage 3. 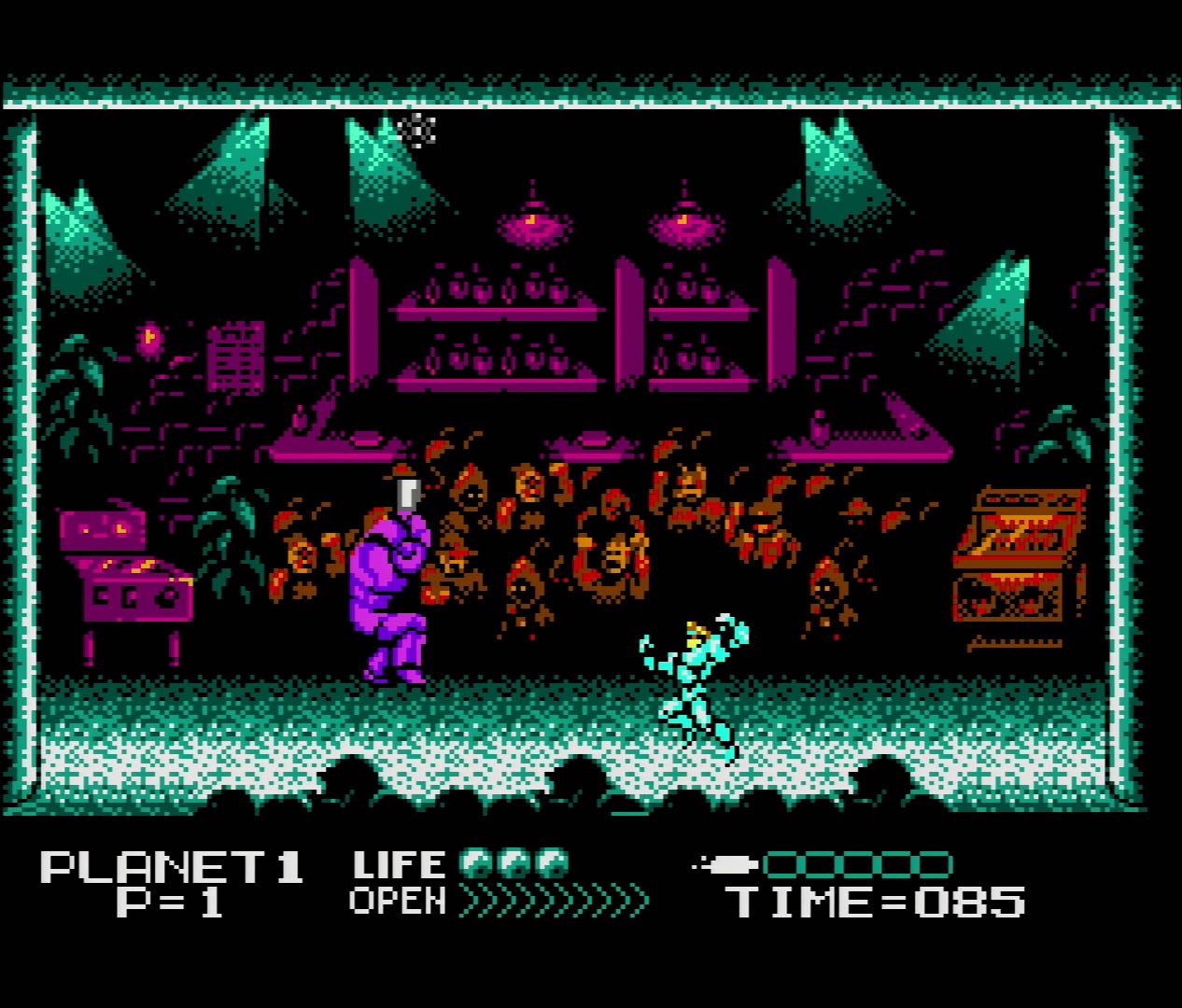 Once I finally got to stage 3 (see pictures below) – the gameplay really opened up and it became a side-scrolling action game like Mega Man! One of the biggest strengths of this game is the sheer variety in level types. In terms of controls, Ken felt a bit stiff initially but once I got use to it, realized the sheer variety moves at his disposal. Ken can jump, do back flips, shoot lasers from his hands, kick wave beams, climb walls, among others! After a while I became quite comfortable with the control and found they were more liberating than many of side scrolling games in the NES library. In terms of graphics, this game has a really cool post-apocalipctic aesthetic and still looks quite good for an NES game. Music was bleh – nothing memorable, but was not annoying either.

Overall, this is a VERY HARD but surprisingly rewarding action platform game that gets  better the more you play it. The story is completely bizarre but funny in a B-movie kinda way. While the game is at times VERY HARD for all the wrong reasons (poor disbursement of power ups), if you played this game in the 90’s and didn’t like it, i would give it another try! You might be surprised – it is not as horrible as you remembered! Final Score: 6/10.