I am a huge fan of the Pokemon games. When the original Red and Blue came out, my bro and I decided that we will get each other the Pokemon games for our birthday. I ended up with Red and he got Blue. Having just finished the most recent Sun and Moon, I thought it would be fun to revisit the remake Fire Red that initially brought me into the series.

Like most Pokemon games (apart from maybe Pokemon Sun and Moon) – the story in  Fire Red/Leaf Green is basic but sets the tone for a fun adventure.  You start out as a 10 year old kid from Pallet town (AKA Red) with the goal of collecting all the Pokemon and becoming the very best Pokemon trainer there ever was. Your rival (AKA Blue) and the pesky Team Rocket keep you on your toes as you make your way through the 8 gyms and finally battle the Elite Four. Unlike the original Red/Blue, the games’ story continues into a new region called the Sevii Islands. While I won’t go into details, I appreciated this expansion because it made the game feel more like a genuine remake than a rehash! 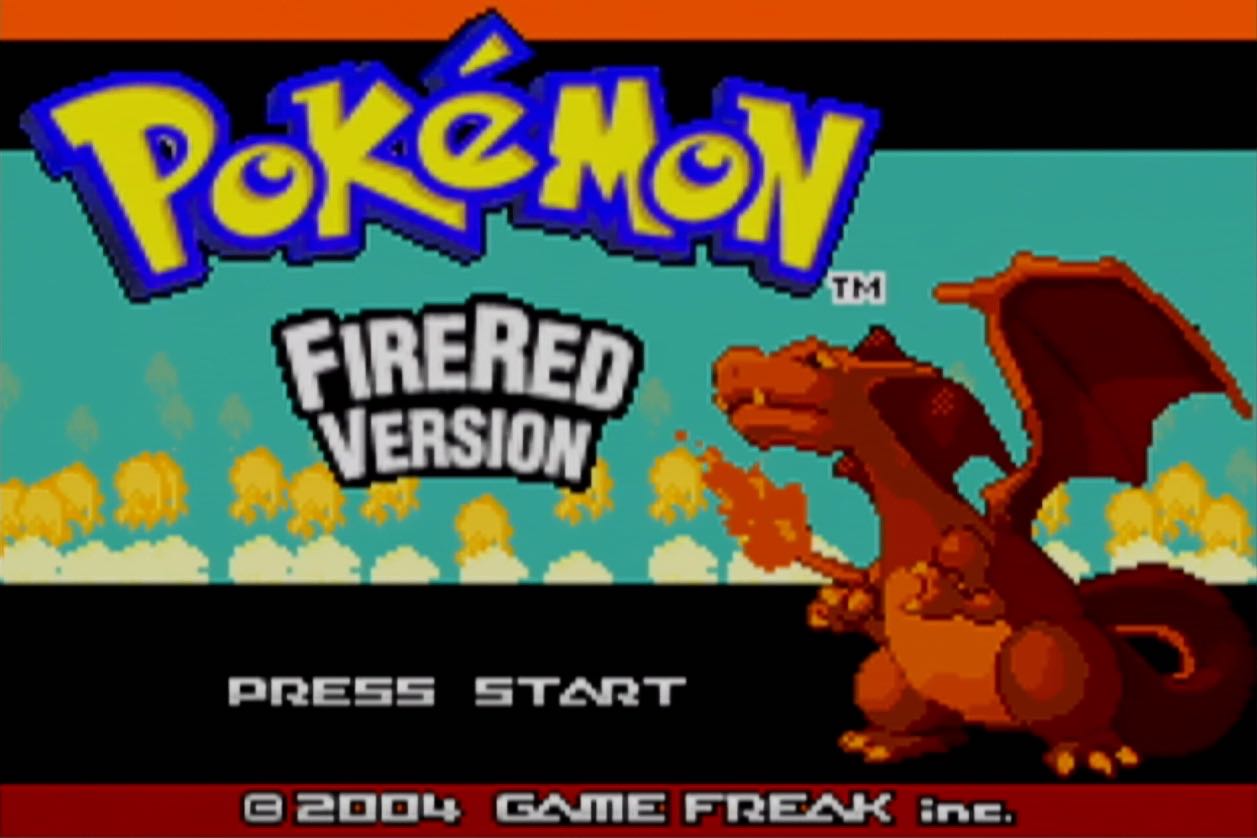 The game obviously focuses on Pokemon – whether that is in collecting them, battling them, or becoming the best trainer of them! In terms of collecting, players can explore grassy areas to find unsuspecting Pokemon to catch, or they can trade their Pokemon with others to collect all 150 original Pokemon! When I originally played Pokemon, I was not as interested in collecting, but in my old age I have actually come to love this aspect of the game because it opens up so many options in how players create their 6-Pokemon battling team! The more options – the better!

Each Pokemon has a particular type (e.g., Fire, Grass). Some types are strong against other types (e.g., Fire > Grass> Water > Fire). To succeed, the trainer must develop a well rounded team to deal with all different types of Pokemon so that they can send in a Pokemon who has a type advantage over another. When entering combat, players sends out their first Pokemon and select a move to utilize against the opponent. These moves can range from direct damage, to defensive, to status inflicting. Each Pokemon can only have 4 moves total, so the trainer must be strategic in what moves to keep on their Pokemon. After a battle, Pokemon gain experience so that they can gain levels, learn more moves, and evolve into stronger Pokemon!

While this section of the review could go on forever, I will just say this. The battle system is deep, satisfying, and fun! It has kept me engaged for over 15 years! However, Fire Red in particular has some hangups that make it feel dated compared to the more recent entries. For instance, Pokemon types (e.g., Fire, Rock) are tied to Physical or Special Attacks; if your Pokemon is a Fire-type but has a higher Strength vs. Special Attack stat – the Special Attack will always be used for Fire-type moves. This was changed in later iterations but makes the game feel more limited as you cannot get the most out of your Pokemon!

Besides the battling and collecting, Kanto is itself a well-designed region that really makes progression through the game fun! For starters, there are tons of cool dungeons like Viridian Forest and Diglett’s Cave. These dungeons – like many others in the game – are littered with useful items and contain Pokemon unique to them (i.e., Pikachu in Viridian Forest) that make each area worth fully exploring. Later in the game, much more challenging dungeons become accessible that make the rewards even more enticing – such as the Legendary Birds Articuno, Moltres, and Zadpos!

Other areas of note include the many towns of Kanto (and their unique gyms), the Safari Zone (where rare Pokemon can be caught), the Casino (where useful TMs can be obtained), and the Ghost Tower (because the music is just freaky). A good game world makes players want to explore it – and I felt like that constantly while playing this game.

In terms of graphics, the game looks pretty good for a GBA game. All the Pokemon have unique sprites, the special effects look cool during battle, and the world overall looks lush and inviting. These areas include everything from forests, oceans, volcanos, and tropical islands, all of which helps the game feel fresh throughout!

The sound on the other hand is a mixed bag. I love the classic music, but the Pokemon “calls” sound archaic. It certainly does not ruin the game, but makes my yearn for the day when I can finally send out Bulbasaur and he won’t sound like a crippled robot from the 80s.

In summary, Pokemon Fire Red/Leaf Green is an awesome Pokemon adventure that has a deep battle system, an awesome region to explore, and cool Pokemon to collect. I do want to emphasize that there are a few hangups that make it feel dated, but it’s certainly not a reason to avoid it completely. If you are just starting on Pokemon however, I would recommend Pokemon Sun and Moon over this title, as the franchise has evolved – no pun intended – into something greater than this game! I give this game a final score of 8/10.