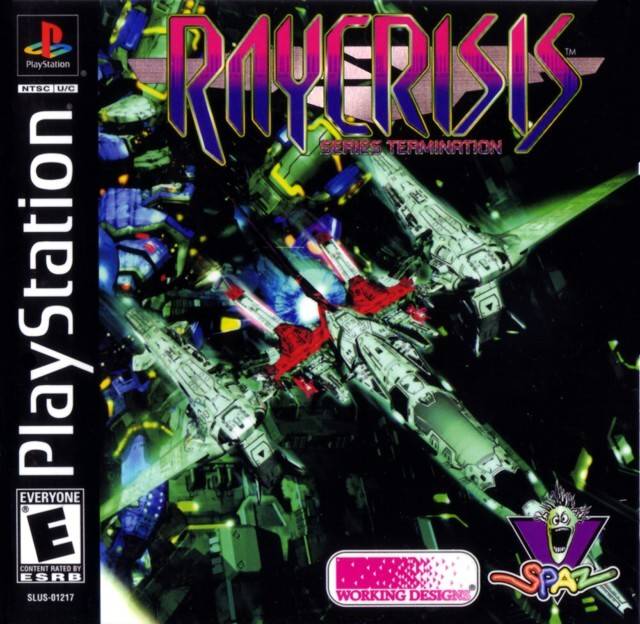 When I originally had a PSX back in the early 2000’s, I basically stuck to RPGs which kept me naive to much of the awesome games under different genres. So when I saw this game in my local hock shop, I picked it up to try something new! Turns it out was an awesome idea – this game is a rad shooter than brings another levels of shooters I hadn’t seen until this game!

In terms of story – its a bit complex but sets up a cool narrative that allows the game to shine! A neuro-computer called Con-Human has gained sentience thanks to a misguided scientist, and now has plans to create the perfect computer race (which does not include humans).  The super computer takes control of large armies and lays waste to the earth! In an attempt to fight back, a mecha-neurologist (which is you) hacks into the super computer, with the ultimate goal of infecting it with a computer virus to regain control!  You take control of the Waveriders virus, and in cyberspace you fight to retake control of the super computer by battling the “antibodies” of the computer system! A pretty imaginative story!

In terms of gameplay, this is a 2D vertical shooter juxtaposed in 3D scrolling environments. At the start of the game you select your virus craft (there are a couple varieties) each with variations in terms of missiles and lasers. Each ship does feel different, but does not dramatically shift how the game is played. After ship selection, you select the starting stage, and the game begins!

You move around with the D-Pad, and have a primary attack (lasers or machine-gun type attack), secondary lock-on missiles, and a power bomb (for when the screen is filled with enemies – but can only be used occasionally). While the gameplay is fast, fun, and easy to control, what really sets it apart from other shooters is the different planes that the game takes place on. Your primary attack only works on air enemies, while your lock-on missiles only works on ground enemies – its kind of like playing two games at once! While it was initially a bit confusing, players will quickly catch on to what can be attacked with each weapon and it becomes second nature.

In terms of levels, there are four or five of them that I was able to get too – all of which have very distinct themes ranging from cities, deserts, and even underwater! The levels had a very cinematic feel to them, with the camera shifting multiple times throughout to bring a real sense of epicness to them. While the levels aren’t too long, they are peppered with mini-bosses and bosses throughout, which constantly kept things exciting.

The bosses are the real highlight of the game – at the end of each stage, a gigantic mecha boss must be defeated! These bosses are awesome and have cool patterns, epic attacks, and often multiple stages. While they are beatable, there are a couple attacks that literally take up the whole screen (see below for some examples) and are very difficult to avoid. Overall though, they are a blast to beat!

In terms of graphics, they have aged extremely well! While the 3D models are simple, the colour looks great, and the partial effects of all the lasers look awesome. All the enemy ships are easy to spot, and the enemy fire is easy to appreciate (which is important if you want to dodge it!). Each of the levels really stands out with each of their unique themes. The music is okay – some tracks are better than other. What takes up most of the music space are the sound effects – they are constant and do a good job making the player feel like they are destroying stuff!

Overall, this is an awesome arcade PSX shooter that combines 2D with 3D in just the right way. It has cool levels, and interesting background story, and awesome mech bosses! I had a much better time with this game that I expected. If you like shooters, this is definitely worth a look on PSX. Overall, I give this game an 8/10.