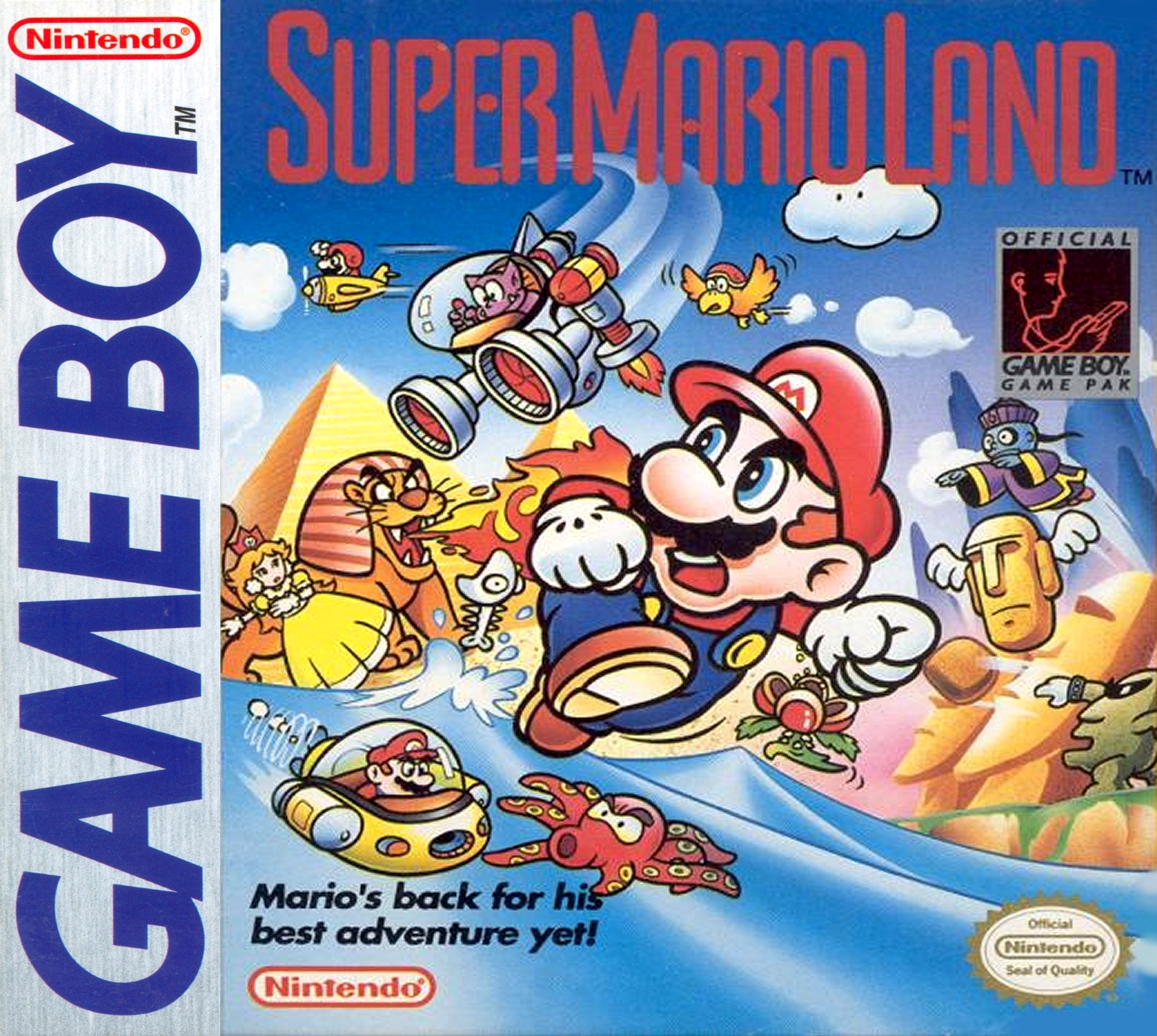 My brother and I would survive our houseboat adventures during our summers by playing our Game Boy. While we really enjoyed the Donkey Kong game for Game Boy, it wasn’t a traditional platforming game. We soon discovered this gem, and I have been playing it ever since!

In terms of story, the game follows Mario in his quest to save a princess – but not just any princess. This is the first game to introduce Daisy! You travel with Mario across a number of different lands in search of Daisy from Tatanga – an alien invader. While the story is light (as it is for most in the series) it does not detract from the rest of the game.

In terms or gameplay, this is a classic Mario game with a few twists. As is tradition, you control Mario through levels, running and jumping on enemies, and destroying them with fire and star power. The controls are a bit touchy, but it I think it is because Mario is so small on the screen. It never less feels fine and I got use to it pretty quick. The game also introduces a new type of level akin to a side-scrolling shootemup! Yo get to ride in a submarine and an airplane (as seen below), which really spiced things up a bit. The game also thew some fun bonus levels in at the end of each stage if you are able to make a complicated set of jumps.

There are a total of 4 worlds with three levels in each. The first few levels feel quite generic, but they quickly become more inspired and interesting. For instance, the boss level of the first world takes place in a temple (with traps and all)! The shootemup levels added another level of diversity that kept the game feeling fresh. Many of the enemies were also customized specifically for the levels. Overall, I really enjoyed the diversity of each world as they seemed to be inspired different cultures such as Egypt, Ancient China, Easter Island, and the lost continent of Mu!

At the end of each world was a boss – and I found them to be a highlight for the game. Unlike early traditional Mario games (such has Mario 1 or 3), this game had very distinct bosses that required different strategies to beat instead of just getting to the other side of a bridge. While the bosses aren’t very hard, they are fun to beat!

In terms of graphics, the game is an early Game Boy game but still manages to hold up well compared Game Boy library. The sprites are small but easy to recognize. I really enjoyed the large bosses and cultural aesthetic additions in the levels that made the game feel unique. While the music and sound effects are nostalgic, I don’t feel they really stand out and in my option, the weak area of the game.

In summary, this is a fun little Mario game that shouldn’t be missed on the Game Boy. While short, it makes for a perfect adventure for a bus ride or commute. The only weakness I found was the music and sounds effects were a bit weak. Overall, I give this game a final score of 8/10.

Miketendo64! By Gamers, For Gamers