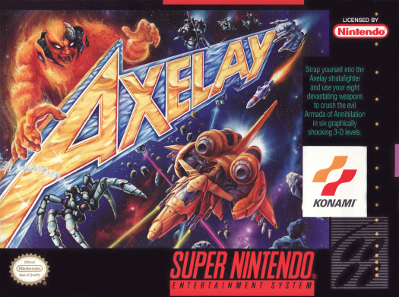 I was never a huge fan of shooters when I was young because I could never really get that far in them – and in terms of skill nowadays – I am just as bad as I was back then. Nevertheless, I have started to give the genre another chance. The first one being Axelay! 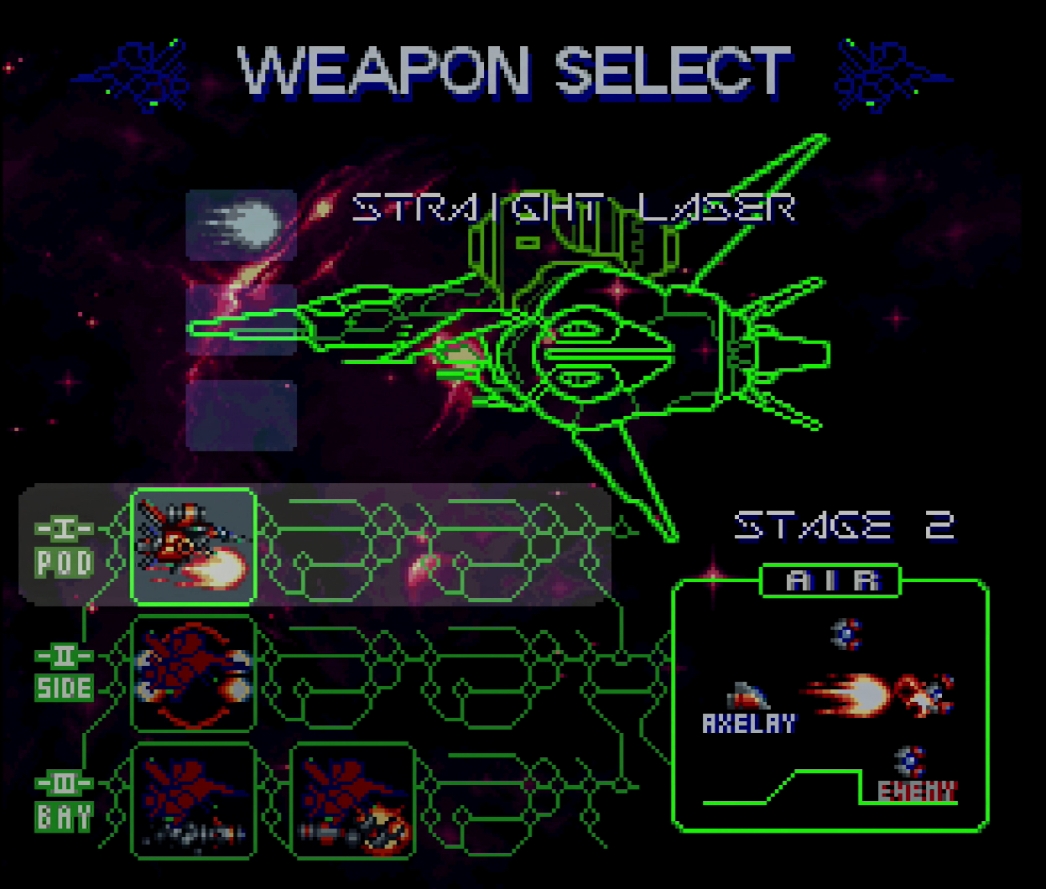 While story is never that important in games of this type – it was nevertheless present and sets the tone for the adventure; a mysterious enemy has attacked the solar system, and its basically your job to save the day! The game actually has some scenes showing the pilot holding pictures of his family so motivate the player to safe the day!

In this game, you take control of a spaceship which has three main guns (main blaster, spread shot, and missiles). Whats interesting about this is that each of these three guns are already powered-up at the start of life, but only one power-up can be equipped at a time. These power-ups can be scrolled through with the L and R buttons during battles so that you can adjust your strategy depending on the enemy. As you are hit, you loose the power-up that is equipped, and when you are finally hit with no backup powers you blow up! In addition, when levels are completed, more upgrades are accessible so that you get a feeling of progression and become more powerful! 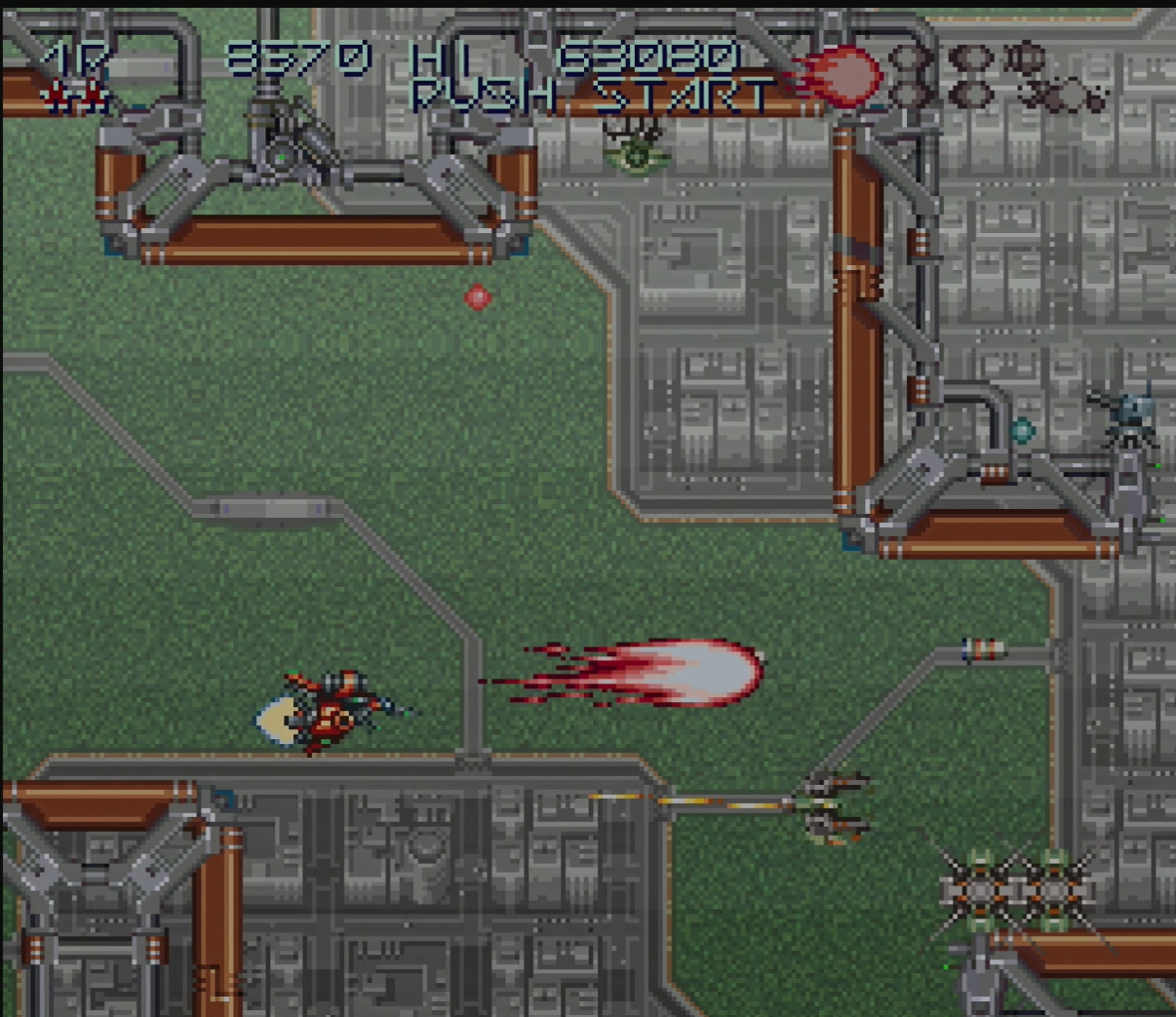 In terms of design, the game uniquely uses both vertical and side-scrolling levels which is actually quite refreshing! I actually enjoyed the side-scrolling levels more because there were less obstacles to avoid. The vertical stages at times move extremely fast which led me to running into enemies and walls, resulting in a quick death. There are mini-bosses and bosses in each level, which are quite fun and actually not impossible to defeat without dying (even for me)!

I terms of the graphics and visual effects, I really liked them! The developers really utilized the Mode 7 graphics of the SNES to bring a unique visual style to the game during the vertical levels. While slowdown is quite common in vertical shooters (think Gradius III), I experienced very little during my play through which was a welcome addition. The sound in this game was also phenomenal and upbeat, inclining me to continuously tap my foot during play.

In summary, this game brings a unique twist to the shooter genre by including both vertical and horizontal stages, has a cool weapon system, and has great graphics and sound. While the game was fun to play, I deduced some marks for the very fast vertical parts of levels which felt were based less around skill are more around being cheap death. I give this game a 7/10.