I really missed the boat when it came to Gameboy Advanced growing up. When it was released, Super Mario Advanced was a launch title, but it appeared to just be a re-release of Super Mario 2 from Super Mario All-Stars…snore!!! Glad I finally decided to give this game another go. 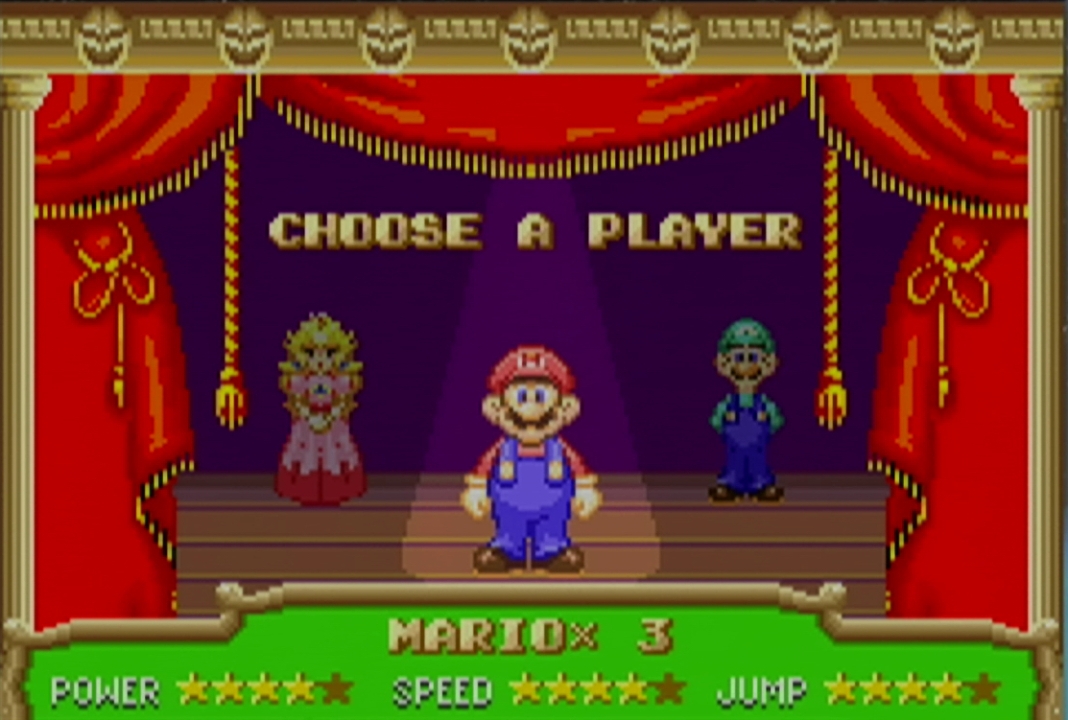 This is a traditional – if not archetypal – platforming game. In it, you play as either Mario, Luigi, Toad, or Princess Peach; our heroes run and jump through numerous dreamworld levels spanning sky, desert, and caves, among others. The ultimate goal is to defeat Wart – who has taken over the dreamworld! 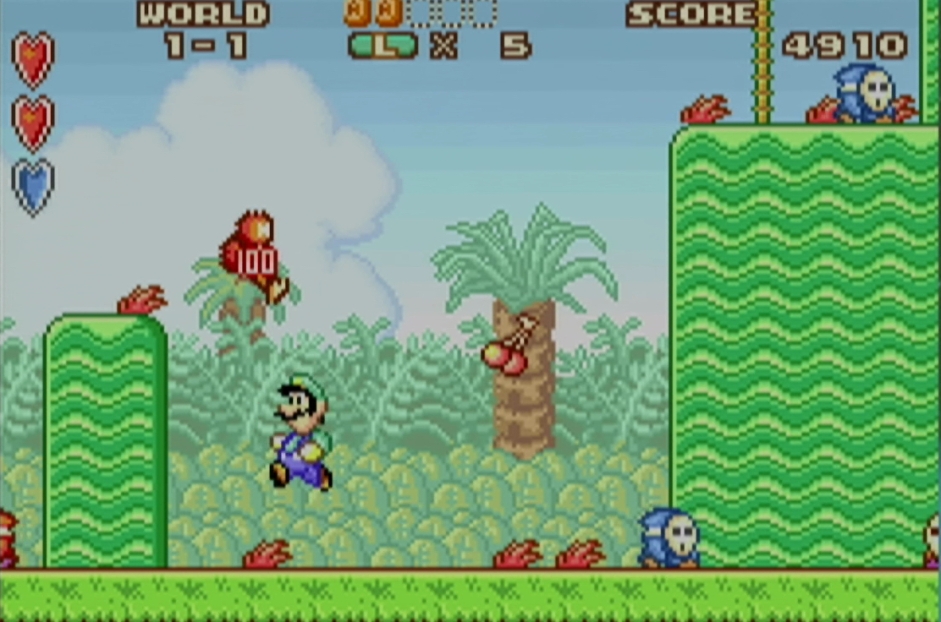 In terms of gameplay, each of the four characters control differently where Peach can float with her skirt, Toad can dig really fast, Luigi can make long jumps, and Mario is well-rounded. In all instances, the controls were very tight (apart from Luigi who always feels like he is running on ice). I really enjoyed this aspect of the game as it encouraged strategy when selecting your character in order to be better suited for the current level. I only found one irritating gameplay mechanic – its that the screen does not always show enough of the area, and that you are forced to hit buttons to pan the screen vertically or horizontally so that you do not accidentally jump down a pit or into some enemies.

There are a number of concepts that make this game particularly unique among the library of Mario games. First, mushrooms are found by dropping magic potions and entering the corresponding magic door – once our hero picks it up, their life meter is increased! Stars can still be obtained, but they only appear after gathering a certain number of cherries scattered throughout the level. Our heroes also have the ability to pick up vegetables and enemies in order to throw and dispatch other enemies. Lastly, just about every stage has a boss which our hero must defeat in order to pick up the magic ball and open the eagle head…?!? Yes – you read that right!

In terms of upgrades from pervious versions of the game, this game did add some content up and above what is found in the Super Mario All-Star version. Firstly, getting hearts to fill our heroes’ health meter is much easier than the original because combo attacks release hearts to collect! In addition, our heroes have voices and actually sound good! Some of the stages were also altered in small ways by including oversized enemies and vegetables! There is also a save feature!

The graphics and sound are superb and are on-par or better than the Super Mario All-Star version. The music is just so upbeat and happy! Overall – this is a tried and true classic worthy of your time – even if you have played it before! However I still believe that the Mario All-Star or NES versions of the game are better because of the lack of needing to pan the screen to avoid enemies and pits. I give this game a 8/10.